The following is a case study Google published on the Google Cloud Blog. Click here to see the actual post.

If your company is going to the cloud, you need a foundation that lets people choose tools that suit their work, instead of being slowed down by aging devices and legacy software. When Royal Technologies adopted web-based applications, Chrome OS became that foundation.

Ten years into our cloud project and our adoption of Chrome OS, we’ve given more people access to critical applications without adding to the IT workload or straining budgets. In 2002, our four-person IT team supported about 200 workers. Today, we support 600, with the same number of IT people. If we tried to launch these projects in a Windows environment, it would have cost us four times as much money, and wouldn’t have worked as well as Chromebooks do. Over the past five years, we estimate we’ve saved about $787,000 in hardware and software costs.

When we adopted G Suite way back in 2009, most of our employees used Windows computers and Microsoft Office. At the time, the Windows devices were getting old and would have been expensive to replace. Also, the IT team spent too much time managing updates and data storage associated with Windows. 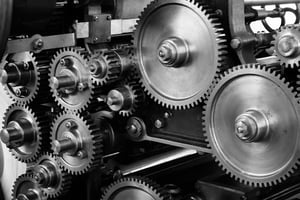 We realized Chrome OS would take away our data storage burden. We could also do away with software patches and spam and antivirus tools, since Chrome OS updates automatically and has security built in. We started replacing old Windows PCs and laptops with Samsung, Acer, and Lenovo Chromebooks, Pixelbooks, and Chromeboxes.

As time went on, Chrome OS freed us from other applications connected with Windows, like MQ1, which we use for quality control. Cameyo’s cloud-based platform, which gives us access to Windows applications from the Chrome browser, helped us go all-in on Chrome OS. Now employees can get to MQ1 or any other legacy Windows app with just a click in the browser using their Chrome device.

Cameyo also integrates well with G Suite. If we create files in the apps we access through Cameyo, we can easily save them to Google Drive, instead of hopping back and forth between apps to save files in the correct place. Since the Windows apps are hosted by Cameyo, this allowed us to cross virtual desktop management off our list of IT tasks.

Once we solved the apps access problem, we opened the door to more ways to use Chrome OS. To give frontline manufacturing managers an easier way to check parts quality, we placed Acer Chromebase CA24I devices, running in kiosk mode, on shop floors.

As parts come off the assembly line, managers compare them to images on the Chromebase screen, then pack the parts for shipping. To generate quality-check reports, managers fill out a Google Form and share results with customers via Google Sheets. We’re not only keeping parts quality high, we’re also communicating more closely with our customers.

The kiosk feature also comes in handy for HR. We recently switched to a web-based HR system that employees use to manage benefits or request time off. We added Acer Chromebook 15 devices to several front desks, where employees sign in to the HR system. Job seekers can use Chromebooks in kiosk mode to fill out applications.

Keeping the company secure is a top priority. The ability to lock down devices for dedicated tasks helps us achieve this, as does Chrome OS itself. A couple of years ago, Windows computers on the shop floor got hit with a virus, which took the IT team about a week to clean up. Now that Chromebooks are the default devices for shop floors, with Chrome OS updating automatically, I sleep better at night.

Saving money is important, but to me, the user is what comes first. One of the beautiful things about Chrome OS is that people have the freedom to pick hardware that works best for the job with a consistent user experience—like Samsung Chromebook Pros for executives who travel a lot, or ASUS and Aopen Chromeboxes for people who want desktops with big screens. Every new employee now gets a Chromebook, so we’re on the way to our ultimate goal of becoming an all-Chrome company.

Today’s post is by French Williams, IT Manager at Royal Technologies, an advanced plastics manufacturing company serving the furniture, automotive, and consumer products markets. The company, based in Hudsonville, Michigan, has standardized on Chrome OS to broaden access to legacy applications while supporting adoption of G Suite.