3 Lessons Learned from the Surge in Remote Work

In the past few weeks, we have had the honor of helping dozens and dozens of new customers quickly and securely deliver their business-critical applications to all of their remote workers. And we’ve helped our existing customers rapidly expand their virtual application delivery to a whole new group of remote workers as shelter in place orders were enacted. 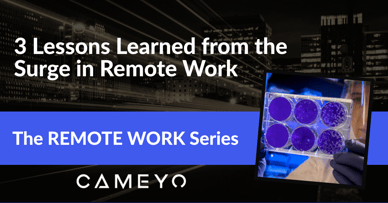 It’s clear that none of us has faced a global pandemic of this magnitude before, meaning we’re all in the same boat when it comes to learning and figuring out how to deal with the new challenges of self-isolated, working from home life. So we thought we’d share some of the more unexpected lessons we’ve learned from customers over the past couple of months.

There have now been hundreds of articles (like this one from Diginomica) that talk about the massive surge in VPN usage due to COID-19, and how that is causing significant performance issues due to VPN capacity. And we have certainly seen the same thing in our customer engagements over the past month. Even remote workers with good home networks experienced major performance issues for the applications they were trying to access due to the increased throughput demands required by VPNs. And for everyone trying to work remotely from a poor internet connection, VPNs essentially render all of the remote applications useless.

At the end of the day, it’s not enough to just slap a VPN-shaped bandaid on the remote work problem. If people can’t actually use the business-critical applications they need to do their jobs, then frustration levels go through the roof, while productivity plummets. Which is where Virtual Application Delivery platforms like Cameyo come in. Cameyo delivers applications over HTML5, enabling anyone - even people connecting on 2G networks - to access and actually use all of the applications they need without any performance lag.

Another thing we’ve seen across the board with customers is that their employees’ use of personal devices has increased significantly. In some cases, this is because those people utilize a desktop device at work that they are not able to transport home (in fact, 68% of organizations still prefer desktops to laptops). In other cases, people simply prefer to use their own devices because they like them more than their work-issued device. Either way, the increased use of personal devices is causing network security issues that can not be solved with VPNs.

“When dealing with potentially compromised personal devices, VPNs essentially enable the computing version of COVID-19. Just like one infected person coming into the office could infect everyone in that building, introducing even one person’s infected personal computer to the corporate network could end up infecting everything attached to the network. So creating a secure link between people’s homes and the corporate network actually introduces new security concerns during this massive increase in remote work when people are using personal devices that may be infected.”

Based on the constant feedback from customers that VPNs were creating performance and security concerns, we built and released a new solution - Cameyo NoVPN - that empowers organizations to give their remote workers secure access to internally-hosted web apps without requiring a VPN. This enables organizations to provide their people secure access to Windows desktop and Intranet web apps from behind the corporate firewall without the cost and user-experience compromise of VPNs so that people can access business-critical applications from anywhere in the world just as productively as if they were in the office. You can learn more about NoVPN here.

For years now we’ve been approached by organizations who had previously deployed VDI or DaaS, but were either having significant issues with those products or simply couldn’t handle the ongoing cost. But with the sudden increase in remote work due to the pandemic, the issues these organizations face with VDI and DaaS have only been exacerbated. In most cases, the original VDI or DaaS implementation takes months to deploy - and similarly, those organizations are finding that scaling their VDI or DaaS implementations to meet the new demands just cannot happen quickly enough to empower their remote workers.

So while we often work with Citrix and VMware customers to help them overcome their VDI and DaaS issues and reduce their cost, complexity, and security concerns - the number of VDI and DaaS displacements we’ve seen in the past month has been significantly higher. If you’re currently struggling with scaling your VDI or DaaS implementation, or if you’re considering VDI/DaaS but are wary, check out a completely free trial of our Virtual Application Delivery platform. You’ll see how easy it is to get your first application published within minutes, and you’ll see how we can help you get fully deployed within hours - just like this energy company who we got up and running in just 3 hours.

Want to speak with our team and/or schedule a live demo before you check out a free trial? Go ahead and contact us here and we’ll get back to you right away to discuss how we can help.